Addiopizzo is a partner of the Office of National Anti-racket Inspectors in the realization of the PON Project “Creation of a Network for Anti-racket Critical Consumption – Diffusion and consolidation of an economic network based on legality and development”.

The model of intervention proposed by the project, realized by the Office of National Anti-racket Inspectors in partnership with Addiopizzo, the Municipality of Palermo and the Municipality of Gela, starts from the assumption that, in order to fight the system of control by the Mafia it is not enough to rely on simple partial interventions for instance, only by the judicial system. It is necessary to start a project from below with a new model of intervention that sees the citizens as protagonists who become aware of the fact that it is not possible to go on along this path anymore. 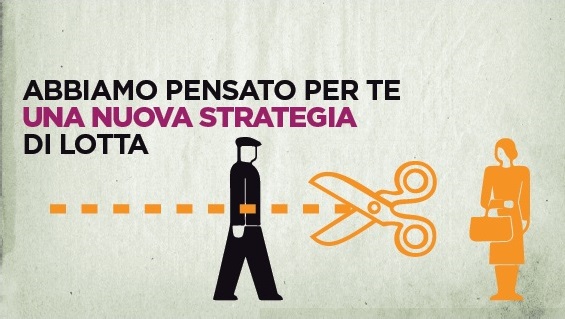 The sum admitted to financing for the activities of prevention and fight to the racket is €1.168.264,00. This payment is for each planned initiative that is implemented.
The Association implements planned activities for which some payments can be made later after request. The delivery of such payments only happens after a series of controls of the formal and substantial correctness of the administrative and accounting documentation from the responsible bodies in the field of the PON project. This modality of accountability is called “on the real costs”.

Finally, the project also includes interventions of restructuring (at the cost of €301.713,75) of the confiscated building owned by the Municipality of Palermo, where the Association has its head office and in addition to the building of the Municipality of Gela, where the Anti-racket Association of Gela works, which is also a partner of the project.