The road to education at Piazza Magione 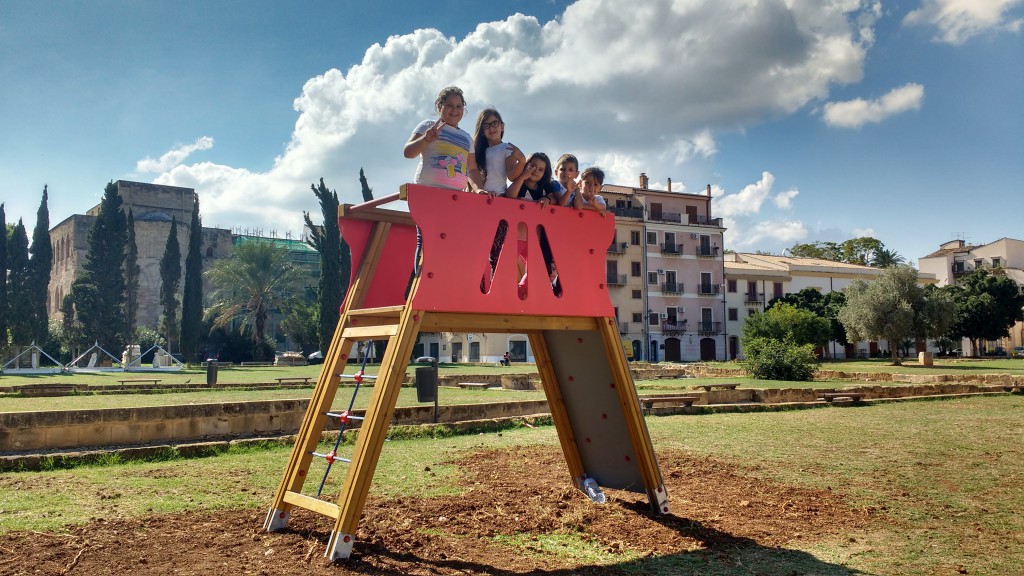 Addiopizzo has always paid particular attention to places with great symbolic value to the city, such as Piazza Magione. The first critical consumption fair was held at Piazza Magione and we were able to make a plan for a voluntary engagement in the neighbourhood after an investment from a network of schools and associations interested in promoting the area.

Our presence in the area has led us to reflect on what has been achieved and it has revealed the potential of the square as a meeting point of the neighbourhood. The inclusion and participation we experienced have inspired us to a new initiative involving boys and girls from the Kalsa district.

Through football we have been able to counter mistrust and to talk about rules and team play. The boys participation in the tournaments Calciando in rete and Mediterraneo Antirazzista has been an important opportunity to continue to share the sense of rules and values such as respect, solidarity and friendship.

Among the activities with the boys, the boat trip with the help of Lega Navale stands out.

These events have given the boys experiences that have helped them to develop their curiosity, knowledge and have led them to rediscover the beauty of sharing the area with others.

Throughout the year we have also worked together with the volunteers of Casa di Paolo in providing an after-school service for the children in the neighbourhood. In fact, there has been a lot of support from families we got in touch with, and they have enthusiastically welcomed our activities.

L’educativa di strada (the education of the street) is born from the consideration and the need to pursue a more constant and precise social and educational nature in the collective investment. It is not enough to accompany and support the traders and entrepreneurs who denounce the Mafia. It is also important to act on the social context; a social context which is permeated by urban and social degradation that impacts negatively to illegality and organized crime, such as the Mafia.